Meet Tucy & Colby. They were brought to my attention by a good friend of mine. Sacrifice for good should be rewarded and it was… Donation from All Things PCB Outreach purchased building materials to help put their lives back together. 8 months later, people are still living like this and 8 months later, we (you) are still helping. Keep the donations coming and I’ll keep putting them in the right place.

Pre hurricane Michael, Tucy and Colby worked as servers on the beach, lived in a house, had a car and a pretty decent life.

After the storm, they moved to East Panama City to take care of family and living situations for their mother who got sick and their paraplegic brother along with other small children who live in a mostly destroyed trailer. Tucy and Colby take any job that comes along. Laborers, painting, mowing lawns, babysitting, whatever they can get to get by. and they never complain about it. They also do all of it without the use of a vehicle, which they sold in December.

The couple has been fixing the house themselves, learning skills along the way. Tucy told me she watched a youtube video on how to frame a window and then put 2 in herself! They just do what they have to do. They have sacrificed their life together as husband and wife for the good of their family, and that is the reason ATPCB helped them. 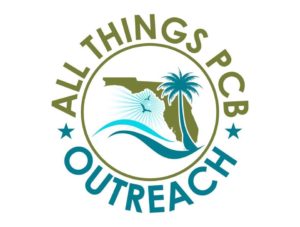