We were contacted by the partner of a terminally ill GATORS fan whose dying wish was to go to a Noles v. Gators game.

Here’s the story:
“My friend works at (manages) an hvac supply house in Ocala. A long time customer called up there to ask if anybody had 2 tickets to the FSU/gators game because her partner has terminal cancer and it’s apparently her actual dying wish to go to that game. She called up there because she’s pretty close to all the salespeople there and was hoping someone would have some to sell her.”

Within 8 hours of putting this out there to the Gator Nation, I was able to make this post:

A VERY generous donor who wishes to remain anonymous has stepped forward and offered 3 CHAMPIONS CLUB tickets for this game along with his parking pass!!!! 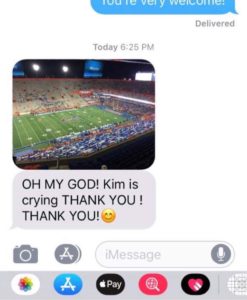 Unbelievable that we could get this done in the space of 8 hours!

They had a WONDERFUL time at the game being treated like Champions… and the Gators WON! 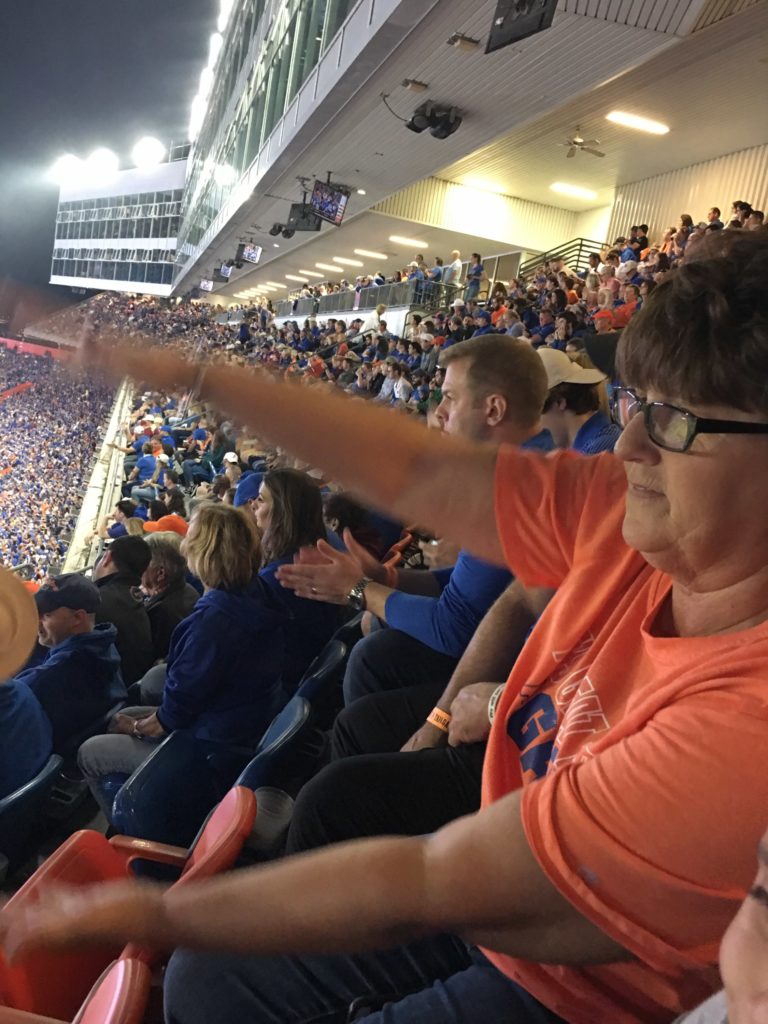